The two-story log structure known as the Jacob Wolf House stands on a hillside overlooking the juncture of the White and North Fork Rivers in the present-day town of Norfork (Baxter County). It was constructed in 1829 as the first permanent courthouse for Izard County in Arkansas Territory and is the oldest public structure in Arkansas.

Before permanent Anglo-American settlement occurred, the juncture of the White and North Fork rivers was the site of early fur-trading activities. From 1819 to 1828, numerous villages of Shawnee and Delaware Indians were located nearby. Trade with these Indian tribes prompted Jacob Wolf to establish his homestead at the mouth of the North Fork River in 1824. In 1825, he was granted a license to operate ferries across both rivers. Wolf, of German ancestry, had arrived in the area in 1820. He was a merchant, builder of log structures, carpenter, and blacksmith.

Izard County was created in 1825, and in 1826, Jacob Wolf was elected as a representative to the General Assembly of Arkansas Territory. In October 1829, he successfully passed legislation to locate the permanent county courthouse in Liberty, the town that had developed around his homestead and ferries. Wolf donated land to the county for the courthouse site and then secured the contract for building the structure.

Wolf built a two-story log house with a central breezeway on the first level, typically called a dogtrot, to serve as the courthouse. The large upper-level room that extends over the breezeway served as the courtroom. Judges and lawyers traveled from distant parts of the territory to appear at the regularly scheduled county and territorial court sessions. The lower level housed the county clerk’s office. John P. Houston, brother of American legend Sam Houston, served as a county clerk in this courthouse. Families from throughout the county camped on the courthouse grounds when court was in session, socializing and competing in games.

C. F. M. Noland, traveling up the White River in 1830, noted in an article published in the Arkansas Advocate, noting that where the North Fork River joins the White River “…stands the Seat of Justice, Liberty; its situation is elevated and commanding….” Noland noted that Liberty had a tavern (inn), store, and blacksmith shop. A post office was established here in 1826.

New counties had been created out of Izard County by 1835. Liberty was no longer an advantageous location for the county seat, which was relocated to the now non-existent town of Athens. Wolf, still serving in the General Assembly, passed legislation to have the land he had donated to the county returned to him. The structure he had built as a courthouse then became the home of his extensive family of sixteen children and five stepchildren.

Thousands of early settlers followed the White River into the interior of north Arkansas and passed by the Wolf House. Many stopped to trade, and Wolf prospered. He was an early leader of the Baptist churches in Arkansas until his death on January 1, 1863. The house was sold in 1865.

In the late 1930s, the Jacob Wolf House came under public ownership and was maintained over the years by the stewardship of local residents. In the 1960s, Gerald L. K. Smith on behalf of the Elna M. Smith Foundation restored and furnished the house. A public dedication took place on May 8, 1966, with an address by former congressmanClaude Albert Fuller.

A 1999 Courthouse Restoration Grant from the Arkansas Historic Preservation Program provided funding to restore the structure to its appearance when it served as a territorial courthouse. At that time, conflicting dates for its construction were resolved through scientific studies. The restoration was completed in 2002. The house was listed on the National Register of Historic Places on April 13, 1973, and presently serves as a museum. 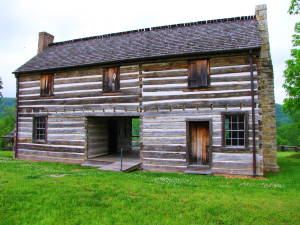 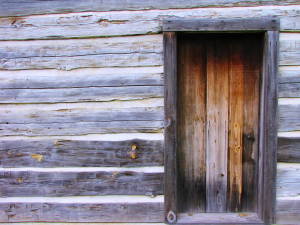 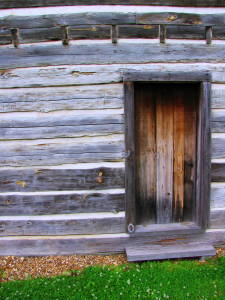 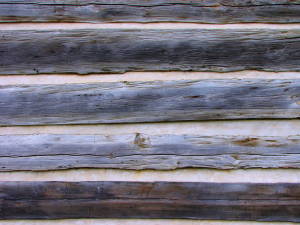 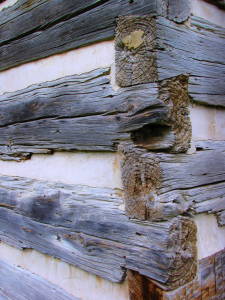 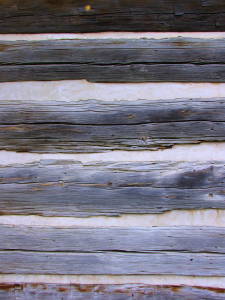 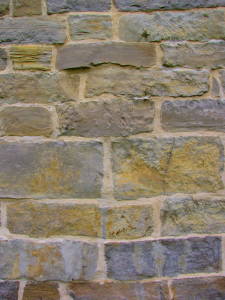 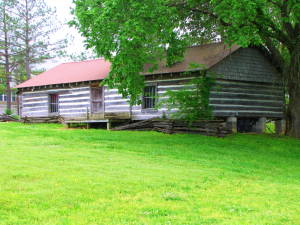 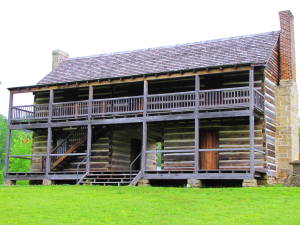 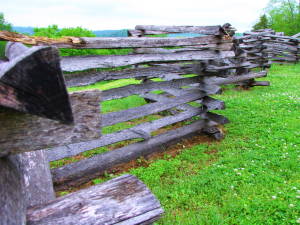 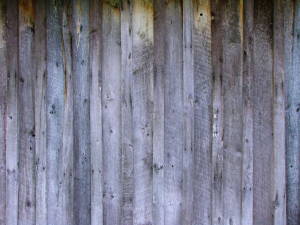 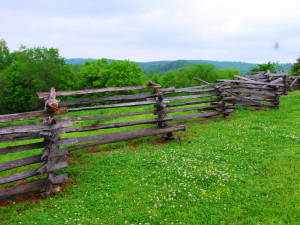 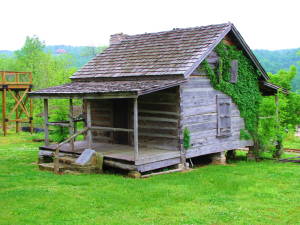 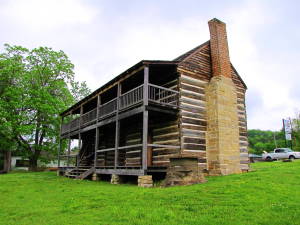 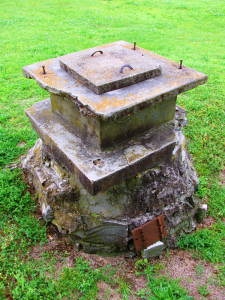 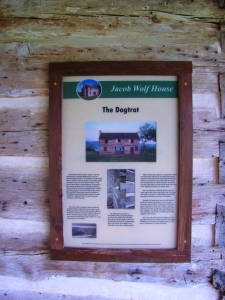 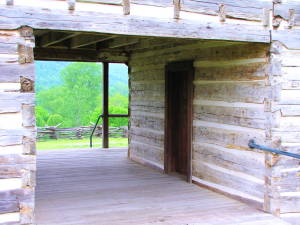 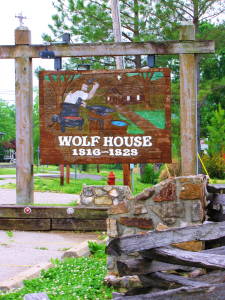 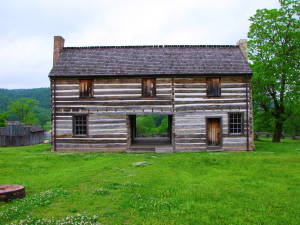 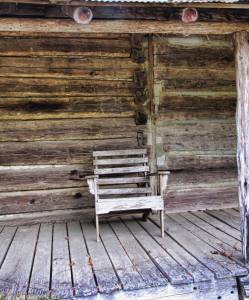